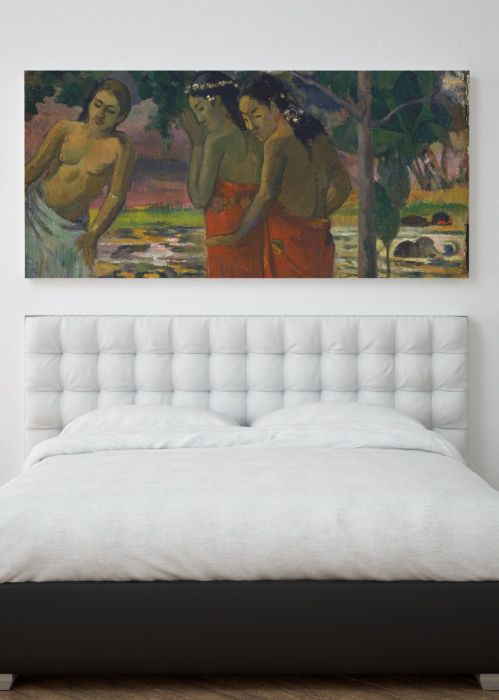 Before embarking on a series of pictures inspired by Polynesian religious beliefs, Gauguin devoted this, his first major Tahitian canvas, to a Christian theme, describing it in a letter of March 1892: "An angel with yellow wings reveals Mary and Jesus, both Tahitians, to two Tahitian women, nudes dressed in pareus, a sort of cotton cloth printed with flowers that can be draped from the waist. Very somber, mountainous background and flowering trees . . . a dark violet path and an emerald green foreground, with bananas on the left. I'm rather happy with it." Gauguin based much of the composition on a photograph he owned of a bas-relief in the Javanese temple of Borobudur.