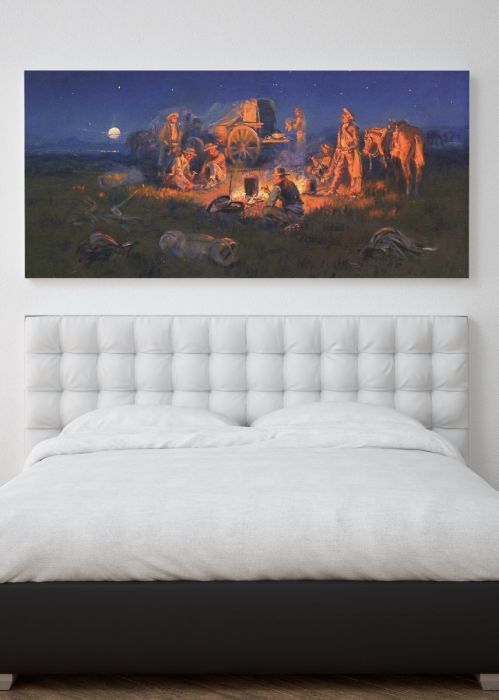 Charles Marion Russell (1864 – 1926), was an American artist of the Old American West. Russell created more than 2,000 paintings of Native American, cowboys and landscapes mainly set in the Westcoast of the United States and Alberta, Canada. Russell became an advocate for Native Americans in the West, by supporting the Chippewa to have a reservation established for them in Montana.